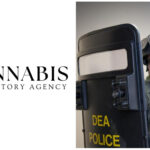 With their legislation stalling, Big Weed has a new scheme that they are enacting against caregivers and medical patients.

As we at the Michigan Caregivers Association have exposed, this is the system that the Big Weed gang wanted. We told them what would happen with unlimited Class C large-grow licenses. It would saturate the market. Now, that has happened, and they want to cut off entrepreneurs and competition to protect their monopoly. This is not how it works.

The Big Weed gang does not deserve to be bailed out from their own poor decisions. Right now, there are many problems with the industry, but it is working for the consumer. At a time of widespread inflation, cannabis consumers are enjoying quality products at lower prices. Why is this considered such a problem that Lansing needs to get into gear to solve?

Lansing should be working to give Michigan residents relief in the form of lower prices to many different industries. If anything, the cannabis industry should be the model. It shows what happens when an industry flourishes. It works for the people. The bountiful supply of products are delivered to the people at a decelerating cost. This is not something that Lansing should be concerned about.

What makes it sad is that even people in the industry – well-intentioned advocates for medical cannabis and the Michigan cannabis industry in general – have been taken in by the proposed license moratorium. They believe it is necessary because the rich guys can continue taking losses and will just swallow up the industry. In actuality, the rich guys benefit more from the lack of competition than from losing money in a recession-like climate.

The marijuana industry is a sophisticated one where the consumers are educated and intelligent about the products they enjoy. There is constant innovation and the consumers will go out of their way to seek out the best quality product. There is also a natural hesitancy toward the establishment and corporate enterprise considering cannabis was made illegal and driven underground for so long. This is a climate where the best growers can survive. If there is any policy that the legislature needs to remedy the cannabis market, it is opening it up for caregivers’ product to be enjoyed in the recreational industry.

The Michigan Cannabis Manufacturing Association (MCMA) is happy to accept the moratorium. Their preferred system as they have made it clear publicly is one that brings back prohibition. She wants cops once again busting down doors and running a Gestapo operation against home grows. But this time, it will be to protect the Big Weed corporate monopoly and snuff out their competition.

“Illicit sales remain the main way Michiganders get their cannabis…there is also a growing number of licensed cannabis operators providing illicit or untested product,” Edgerton said in a statement from the MCMA. “We can help address these two pressing issues by cracking down on the illicit market and ramping-up enforcement statewide.

She wants “licensed cannabis operators” to be raided by uniformed thugs. During a time of increased violent crime and recession and limited resources, she wants cops to focus their time, effort and energy on cracking down against caregivers and other licensed growers because they provide a better product than the individuals who are paying her off.

Do the state police work for Edgerton and the interests who pay her, or do they work for the people? It’s worth noting that Edgerton was one the director of Licensing and Regulatory Affairs (LARA) where she oversaw medical marijuana regulations. She has cashed out on her connections and access in government after leaving the state bureaucracy, a revolting example of Lansing’s revolving door of corruption in action.

On every issue, it is the same story. The caregivers are under the gun by the avaricious corporate monopolies who have made the wrong moves. They have miscalculated, and now they want the power of government pointed at their smaller competitors. They want potential competitors kept out of the marketplace, and they want police to be their hired gang of thugs to enforce their takeover. Our message to well-intentioned activists who care about caregivers, medical marijuana, and the need to keep corruption out of the cannabis industry: DON’T ACCEPT THE MORATORIUM. DO NOT BE TRICKED AND GASLIGHTED BY THE LIES OF BIG WEED. STAY STRONG, STAY THE COURSE, AND MAY THE BEST PRODUCTS WIN.