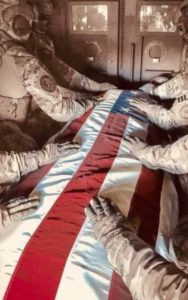 Memorial Day was set up in the 19th Century to remember the memory of the soldiers who died in the United States Civil War. Today we use the holiday to honor all of the deceased military personnel who served in America’s wars and many citizens take time this weekend to decorate the gravesites of their deceased family members and loved ones. I hope that all of you take some time this weekend to remember everyone who has passed on.

War is a frequent part of man’s existence. There are some people who believe that the Civil War was an unnecessary war and did not need to happen. Many Americans died serving on both sides and countless families were irreparably shattered. To be honest, it’s rare to find a necessary war – the American Revolution is the best example.

It is important to not put the blame on a soldier for the military conflicts that they have been engaged in. Friends have shared stories with me of returning Viet Nam War veterans being spit at by anti-war protestors. If you disagree with a military action, hold the politicians and the generals responsible for it accountable. This really needed to be done World War One, where many infantrymen had to deal with trench warfare and an influenza pandemic. Deep state bureaucrats often use war to instigate regime change, and enlisted personnel are not the decision makers in those scenarios.

We have many Americans currently on active military service. At least it is a volunteer military service, unlike the situation with the Viet Nam War where there was a draft. It might be better for all of us if we had fewer foreign entanglements. If the big government types are going to insist on having a large military at least let them be stationed here in our own country.

Please show some respect on Memorial Day for the men and women who have served in the United States Armed Forces. Make this weekend about more than hot dogs and barbeque. It would be nice if we had fewer Americans deployed overseas. A foreign policy with less intervention is in order. In the meantime, let us remember to reason for the holiday.