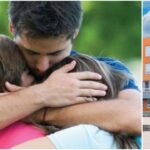 In a sickening but all too familiar display, we saw a mass shooter take the lives of three people on Tuesday. This time, it was right in our backyard in a high school in Oxford, a nice well-to-do community in northern Oakland County. If it can happen in Oxford, it can happen anywhere. This is a wake-up call to all of us.

This is incredibly tragic and heartbreaking news, and it is a sign that we as a culture are too soft and too pathetic to do what it takes to protect our kids. We would rather put up a sign that says “Gun Free Zone” to make ourselves feel better while our children are sitting ducks. This is the mindset that has doomed us to ruin and cannot be tolerated any longer

As our society decays and our civilization is ripped away from us, there will be more people becoming unbalanced. COVID-19 edicts, resulting from the bioterrorism unleashed on us by the New World Order, has everyone on edge. Mental illness and isolation is increasing by design. They are tearing us apart, and we need to be prepared. Otherwise more of our children will be taken from us in cold blood.

Anytime you go to a courthouse, there is a metal detector and about a dozen armed deputies throughout the building. Is this because our society places more value on our corrupt and putrid government officials than we do our children? Are we really this wicked and depraved? We are putting Sodom and Gomorrah to shame with our moral failure. The Founding Fathers would spit in our faces if they saw how far our priorities were misaligned in the nation they created.

Take the money out of the bloated budgets soaked up by far-left indoctrinators and administrators, shamelessly taking our tax dollars to teach heresies like critical race theory and indoctrinate children to hate their creator, their family and their country. Put those funds to armed guards that will protect our children from psychos. Even one armed guard could save countless lives as we deal with this hellish reality facing us all.

If armed guards and medal detectors are not practical, arming the teachers and providing a subsidy for their training is the next best option. There have been many shootings that were stopped or limited in scope because a good guy with a gun was there to meet the insane perpetrator with deadly force. Give teachers the OPTION to conduct weapons training and then carry in the classroom. It will be a game changer as there will be no more soft targets in schools.

Hopefully these principals will begin to see that they need to protect our children, not from a virus that poses absolutely no threat to them, through forcing them to wear mask diapers everyday in class, but from the real threats putting their lives in danger. These feckless principals will slap a mask on a child’s face, cause them to lose countless IQ points, stunt their emotional development, terrorize them with fear propaganda, and pat themselves on the backs while offering them as sacrifices for mass shooters. Enough is enough!

There will, of course, be cowards who call for additional gun control and gun restrictions as a result of this tragedy in Oxford. Newsflash, dummies: The school was already a gun-free zone. Guns were banned on the premises. Because of your policies, children are dead. Because you are too weak to face the reality of this world, children are put in needless danger every single day. Shame on you and your lack of honor.

The animal who committed this violence will suffer a penalty in this life as well as the next. He will rot in jail, hopefully being tried as an adult, for the rest of his days if there is any justice left in this world. In the next life, he will face eternal repercussions for his despicable actions. We have to realize that there are monsters out there, and “Gun Free Zone” signs and feminized anti-bullying campaigns are not sufficient to deal with them. They must be met with greater force and be put down like the dogs that they are before they can commit the damage that Satan has compelled them to perform.

Save the children, end the gun free zones, put armed guards in schools, and allow teachers to train and carry in the classroom.