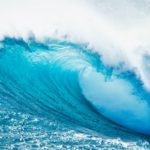 I cannot express my disgust enough with the Republican Party and how they are stupidly squandering all the momentum that Trump built with his historic victory in the 2016 presidential election. I fear that the blue wave will be a reality in November because the Michigan GOP cannot stop shooting itself in the foot.

Tuning into a showing of ‘Let it Rip’ on FOX 2 Detroit last week, I saw two Republicans debate a leftist pro-Bernie Sanders activist on the issue of legalized marijuana. The legalization of marijuana is an incredibly popular move after its success in many states throughout America, which has proven the lies of the prohibitions wrong. It is also a limited government, pro-freedom issue. It is not something Republicans should concede to the Democrats.

However, we had two Republican leaders – former Senate Majority Leader Randy Richardville and current House Judiciary Chairman Jim Runestad – appear on the program defending the status quo regarding marijuana policy. They spewed utter nonsense to defend their unpopular positions. Anyone under the age of 40 watching the program would want to run to the polls to vote for Democrats after listening to the absurdity of the Republicans on the panel. Worse yet, both of these hypocrites have taken money from the marijuana industry in the recent past.

Libertarian activist Tim Beck noted that he and other marijuana activists, entrepreneurs and enthusiasts once shelled out $250 a piece to Randy Richardville at a fundraiser, hoping that they could pay to play with the corrupt former Senate leader. Instead, he stabbed them in the back and promoted legislation that would have destroyed the medical marijuana industry in Michigan. Believing Rep. Runestad was a straight shooter, I personally helped raise over $17,000 for him to promote legislation to protect the little guy in the industry. He took the cash and immediately betrayed us to jump in bed with big tobacco and big alcohol to push his state senate ambitions.

This is not about how these men are disingenuous and do not live up to their word. That is very much commonplace in Lansing. There are very few men of honor in our government at any level. What is so offensive is how these men push terrible policies that will sink the Republican Party just to serve themselves. Runestad is trying to jump to the state Senate while Richardville is paid by a lobbying outfit tied to political hacks at the state and national levels. That is why they play ball with the anti-freedom prohibition lobby – to wet their beaks at the expense of the rest of us.

Because of these disgraces and others, I am very sorrowful to report that the blue wave is likely to take place in Michigan, but don’t blame Trump. Blame the sorry Republican politicians who have been around long before Trump ran for President. They continue the same failed policies, the same lobbyist-driven approach, and the same lousy results that turn off the voting public. Only after the disaster that happens in November might we be able to build something better from the ashes of this abortion of a political organization.

Sadly, it is going to take a whole lot of pain – pain that will have to be shared amongst our families, our friends, our neighbors, our communities, our businesses, etc. – before the situation ever improves. As we all suffer, remember the cause of that pain: The Republican cowards who put their own ambitions ahead of doing what was right for the people and surrendered victory to the Democrats.