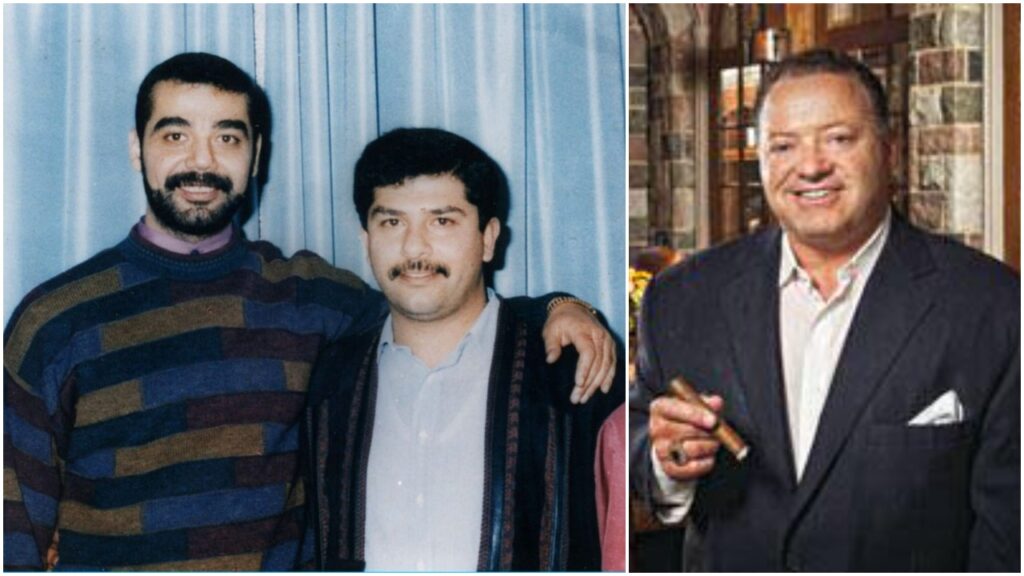 I have gone on the record, with God as my witness, that reprehensible hooch pimp Tom Celani is the King of Sodom, pushing liquor and gambling on mostly poor communities in order to line his filthy pockets.

This trafficker of sin and vice, Tom Celani, first tried to keep marijuana illegal because he saw it as a competitor to his booze empire. He lobbied to keep people thrown in cages for possessing a medicinal plant, tearing families apart, devastating communities, in order to keep his profit margins high.

But Celani, his lobbyists, and the enemies of justice lost. The people won. The cannabis industry is a national powerhouse that cannot be stopped with legalization becoming a reality everywhere. This victory caused many to breathe a sigh of relief, but the uber-rich criminal class, exemplified by Liquor Pimp Tom Celani, saw dollar signs and the opportunity to seize another industry.

Celani, joined by his sons, who I will now call the Qusay and Uday Hussein of Michigan, became marijuana entrepreneurs overnight. They invaded the cannabis industry to run the same gangster tactics they did in the liquor industry to illicitly dominate market share. They want to run their competitors out of business, or have them under their thumb paying tribute, as so many party stores were forced to do for years, hurting minority entrepreneurs specifically.

The Celani family has founded High Life Farms, Kiva Brands, Kiva Manufacturing and Mountain High Products (or Wana Brands) in order to exert control in the Michigan marijuana industry. It should come as no surprise that they are fellow travelers of notorious dirtbag Steve “Dr. Evil” Linder and stand to gain from his agenda to put the caregivers out of business with burdensome regulations, an agenda which has involved Linder’s signature tactic of shuffling dark money around amidst the familiar Lansing backdrop of strippers, blow and debauchery.

They are making the case that it is the caregivers, the small growers, and the medical marijuana industry that are responsible for tainted and unsafe products. Although there is no concrete evidence showing that the caregiver product fails safety standards, the kingpins have repeated these absurd talking points to shiftless, corrupt and ignorant public policy officials who are already biased and bigoted against cannabis in general. They move at every level toward their takeover, but we at the Michigan Caregivers Association have raised awareness of their plans and slowed them down.

The gangsters, particularly Qusay and Uday themselves, have been accused of all the offenses that the caregivers have been cruelly defamed by the opponents of freedom and progress. A lawsuit filed in Feb. 2022 contains shocking allegations about how Qusay and Uday, through their shameful recklessness, put a pregnant woman’s life in danger by drugging her with falsely-labeled marijuana products.

The lawsuit names Qusay and Uday, whose birth names are Benjamin and Vincent Celani, as appearing at a vendor day hosted by the Kai Cannabis provisioning center in Adrian. The pregnant plaintiff was given products that were labeled as having no THC content in them. They allegedly included Kiva Confections and WANA Gummies, two brands tainted with the foul stench of Celani. She got behind a wheel believing that Qusay and Uday were reputable actors, a grave mistake. Soon, her life was allegedly in danger because of her trust in these wicked Sons of Gomorrah.

The plaintiff was lucky to arrive at her home “without physical injury” after she “began to feel the impairing, intoxicating, paranoia inducing, and euphoric effects of THC while driving home.” The plaintiff “experienced severe emotional distress,” which included “panic, racing thoughts, fear, hopelessness, loss of consciousness, memory loss, disorientation, dysphoria, anxiety and psychosis” as a result of Qusay and Uday’s negligent and disgraceful alleged acts.

Additionally, the plaintiff testified that she suffered from “severe physical discomfort,” which included “sweating, convulsing, general sickness, imbalance, temperature swings, and feeling her unborn child squirm, jerk and twist inside her womb.” According to the testimony in this lawsuit, Qusay and Uday put an innocent baby, nearly fully formed, in great danger because of their lack of concern for their customers and fellow man. Talk about living up to the family name.

She reported that other workers at Kai Cannabis who consumed the products experienced similar effects. The plaintiff said that the anguish over potential damage to her baby caused her to experience sustained distress. Although the baby was successfully delivered with no complications in Sept. 2021, she remains worried that the heavy dose of THC she unwittingly ingested may have long-term negative mental health impacts on her child, considering she has a family history of schizophrenia.

While I am a wholehearted supporter and enthusiast of cannabis products, drugging someone against their will is a despicable and criminal thing to do. Edibles can be very potent and do a great deal of damage if someone takes them not knowing what to expect. The fact that a pregnant woman was allegedly dosed with multiple edibles because of lies peddled to her by the Celani family should make everyone disgusted. The lawsuit also identifies certain criminal acts, involving an illicit interstate drug trade, that the plaintiff has alleged is being perpetrated by the Celani family.

The plaintiff noted that “some of the products appear to have been procured by Defendants from California and Colorado” and that “the delivery of marijuana products from foreign states is criminal under both state and federal law.” She noted that the products “alleged did not comply with the Department of Licensing and Regulatory Affairs Bureau of Regulation Rule 420, generally.”

This indicates that the Celanis may be involved in the illegal drug-smuggling trade that is meant to muscle Michigan home growers out of the cannabis industry. The word on the street for months is that tons of low-quality marijuana smuggled from out of state and out of the country is hitting the streets, with regulators looking the other way, in order to drive down prices and put the economic squeeze on the caregivers. A story from earlier this year showed that over 2,000 pounds of foreign marijuana was interdicted across the Canadian border by customs officials. This is just one of many examples of what is happening in our state. This is nothing short of economic terrorism and warfare against the rights of the people enshrined in the Michigan Medical Marihuana Act of 2008.

Stay tuned. We will provide updates throughout the legal process as Uday and Qusay are brought to justice. The Celani may lose some of their riches if they are found liable for the shocking allegations in this lawsuit. Regardless of how it is ultimately settled, this woman deserves massive plaudits for telling her truth. It is not easy staring down oligarchs like the Celanis, with their massive wealth and overextended influence, within this corrupt system. But more of us need to unite and stand against these interests. Our freedoms and the future of our families truly depend upon it. The Celani family wants to put us in a chokehold through regulations so we must kiss their rings in order to prosper. This is fundamentally un-American. As Dr. Martin Luther King Jr. once said: “The arc of the moral universe is long, but it bends toward justice.” Together, we will repel the likes of the Celanis and achieve justice and preserve an inclusive American Dream for all.