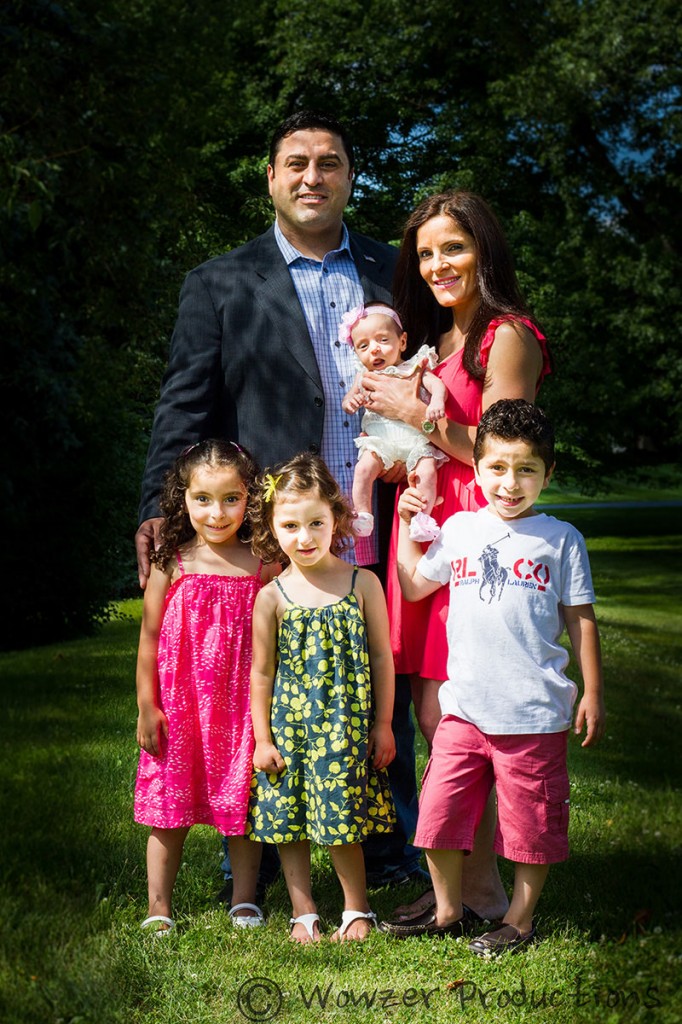 The Double-Dealing Chairman is Amongst the GOP’s Worst Scoundrels

The news recently broke that Bobby Schostak would not be seeking another term as the Chairman of the Michigan Republican Party. Nobody is happier about this news than the 2014 Republican 9th District Congressional Nominee, George Brikho.

After running as a Republican for Congress in the 9th District this past year, prominent freedom activist George Brikho was outraged at the shocking level of disrespect he received from officials in his own party. And the one of culprits of this culture of disrespect and corruption was Chairman Schostak.

“Schostak did not even have the respect to return my calls. ,” He would not even announce my name at special events. Brikho said. “I did better than candidates who the establishment did promote and spent lots of money on. His lack of character is shameful to the Republican Party and this great country, what are his true objectives for the Republican party and the Unsited States?”

“We are in a battle for freedom to keep our Constitutional liberties, and I joined the party to fight Obama and the Democrats in Washington DC,” Brikho said. “I never thought that my worst opponents would come from the establishment of my own party.”

As the MIGOP was spouting its unity rhetoric, the party refused to practice what it preached. After attempting to railroad Rep. Justin Amash with slimy well-funded primary challengers, the party offered zero support to Brikho who brought fresh ideas into the fold to grow the GOP.

“In my first run for office, I received 37 percent of the vote without the Michigan Republican Party lifting a finger to help me. They wouldn’t help me because I am not a corporate-bought villain like so many of their candidates,” Brikho said. “I am a man of the people, and I refuse to play ball with the evil interests responsible for destroying America.”

Brikho fared better than all other Michigan Republican Congressional candidates running in conventionally blue districts. The candidates in the 5th, 12th, 13th, 14th districts received a smaller percentage of the vote than Brikho in spite of party brass giving his campaign the cold shoulder. With a significant amount of resources directed toward growing the party in the 9th district, Brikho may have been able to close the gap with Sander Levin.

“It isn’t about me,” Brikho said. “It is about the message of freedom. The masses are starved for this message. I was happy to inspire so many people by talking about the real issues that are affecting them, not just the garbage they are used to hearing on TV. With adequate help from the state party, I could have reached so many more people, woke them up, got them more active and involved.”

However, the support never came. This happened because the policies of Sander Levin are much more similar to the MIGOP’s agenda than Brikho’s policies. Brikho boldly stands against illegal wars, corporate welfare, bankster bailouts, crony capitalism, rampant illegal immigration and the outsourcing of jobs. These are the types of policies that the Schostak-wing of the GOP has been supporting, to the detriment of American freedom, for decades.

Schostak’s reign at the helm of the MIGOP has been tumultuous, to say the least. He was nearly canned in Feb. 2013, defeating conservative activist and incoming State House Representative Todd Courser by the skin of his teeth. Schostak had a tremendous funding advantage, and it was barely enough to keep him around.

“Schostak’s leadership has shamed us all,” Brikho said. “It is past time for our party to have some accountability and standards. Our next chairman must take the party in a different direction. Schostak’s arrogance, elitism and cronyism hurt the party immeasurably.”

Brikho is not exaggerating. Schostak’s tarnished legacy speaks for itself. He was infamous for being tone-deaf to the concerns of grassroots conservatives, and had a laundry list of scandals that plagued his tenure as MIGOP chairman.

Schostak was caught supporting Democratic candidates for office, behavior clearly unfitting of a Republican Party chairman. In 2007, he contributed two eery $666 donations to extreme liberal politicians Nancy Pelosi and Mark Udall, according to records publicly available at CampaignMoney.com. He contributed $500 to Pres. Obama’s underling John Kerry in the same year. This is apart of a greater overall trend of double-dealing that became the hallmark of the Schostak regime.

In addition, Schostak was one of the primary cheerleaders for the ‘Healthy Michigan’ program that was little more than a hollow propaganda campaign for the implementation of Obamacare. Schostak has been a prime mover in ‘reinventing’ the Michigan Republican Party so it caters to unconstitutional federal power, rather than fighting it. Under Schostak’s stewardship, the Party of Lincoln has become the Party of Buying Voters with Obama’s blood money, at least in the Wolverine State.

To make matters even worse, Schostak’s family directly benefitted from controversial legislation rammed through by the GOP-dominated state legislature. An anti-free market bill that retroactively altered property contracts was pushed through the state legislature and signed into law in 2012. It was claimed that this bill was urgently needed to avert economic disaster. It is unclear how the bill accomplished this goal, but Schostak’s brother was able to welsh on a $2 million debt that he owed as a direct result of the law.

The Schostak-wing of the GOP calls courageous individuals like George Brikho an embarrassment while subsequently engaging in corruption at every turn. The reason Schostak and others act this way is because the presence of Brikho gives the GOP voters an option to be led by someone who is a principled champion of liberty, rather a known crook.

“The country club is just hoping that I will go away, but this experience has inspired me. I am just getting started,” Brikho said. “This is not the last you’ve heard of me. Schostak may be running from office with his tail between his legs, but I am going to be around in the Michigan Republican Party spreading the message and growing the movement for a very long time.”

The MIGOP resists Brikho’s presence at its own peril. His views on many key issues are in line with mainstream Americans. The country now overwhelmingly supports legal medical marijuana, and a clear majority supports legal marijuana. America is becoming fatigued with endless war overseas as well. The era of big government is coming to an end, and Brikho will be around to put the final nails in the coffin.

“I am ready to end big government for good. This is just the beginning. I will never stop until I secure a free America for my children. I will not leave them with this debt and without Constitutional rights. This is war, and I will not quit until I am victorious,” Brikho said.