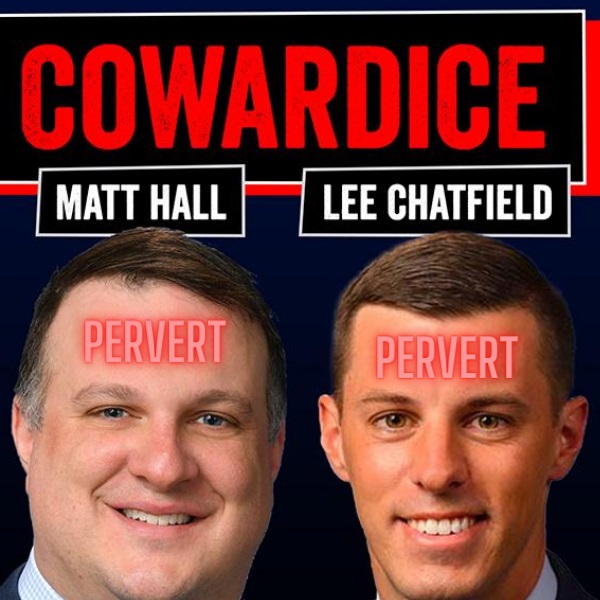 One of my least favorite lobbying activities as leader of the pro-caregiver movement in Michigan has been my dealings with the bloated alcoholic Matt Hall. Hall is one of the most contemptuous vile creatures in Lansing, accepting bribe money from every special interest eagerly doing their bidding.
Hall proved to be one of the worst lowlifes in Michigan political history throughout this election cycle. Hall was hungry for power, desperate to upend a legitimate anti-establishment challenger to be next Michigan House Speaker in Matt Maddock, who had the backing from President Donald Trump. Hall exploited a position of authority, unearned and given to him by the special interests, to tank the Republican majority in the House.
Hall became in charge of the House Republican Campaign Committee (HRCC), the mafia-like organization that doles out tribute to the lawmakers who toe the line. While the HRCC is supposed to be neutral and push for what’s best for Republican victory, it was anything but during the 2022 midterms. Hall was blatantly in charge of the HRCC and calling the shots, demanding lawmakers kiss his rings or be denied the funds desperately needed for Republicans to be elected.
It is one thing to play these games in the primary elections, where Hall was backing many owned, blackmailed puppets to get elected. This is contemptible enough, but Hall actively sabotaged conservative prospects as they went to war with the Democrats because he desired to purge the ranks of conservatives because he feared they might vote for Maddock for speaker of the House.
Through the ill-conceived calculations of his booze-soaked mind and in between doing lines of blow off hookers’ asses Chatfield style, Hall surmised that he could lose a few seats, get rid of those pesky conservatives, and keep a more subservient House GOP majority that would fall in lockstep for the kingpins of Lansing. What he did in actuality was screw the entire state, dooming Michigan to immediate and perhaps permanent far-left rule.
Look at the far-left agenda of the Democrats now that they have gained control over both legislative chambers as well as the governorship in Lansing. They are putting their feet on the gas pedal. The first thing they are going to do is get rid of right-to-work laws and give a huge bailout to their union backers at the expense of the taxpayers. From there, it will lead into “green” policies that send energy prices further through the roof, draconian restrictions on gun rights, enabling LGBT predators to groom kids at schools, profiling conservative Christians as terror threats, and other horrific policies.
And while the Democrats deserve blame for what they do, and they will be judged harshly in this life as well as the next for serving Satan and being his demonic minions to bring about the New World Order on Earth, it is really Matt Hall who is to blame. If he had done his due diligence and been fair minded while running the HRCC slush fund, this Democrat agenda would have been staved off at least temporarily. But this power-hungry slob cared only about himself and his delusions of grandeur, and he has doomed Michigan to live underneath communist tyranny.
The only silver lining is this bozo will never be House Speaker. He will have to settle to be the House Minority Leader, a title that exudes pure cuckery. He will never hold a position of actual authority, and the goodwill he once had from his masters has now evaporated. He is not only hated by the grassroots but also his former establishment cronies who are mad that the lobbyists will ignore them and not give them the time of day because the Democrats are back on top. Think of all the steak dinners, free drinks, and blowjob junkets they will miss out on because of Hall’s craven and pathetic mismanagement. This douchebag is a pariah.
I look forward to a serious primary challenger arising to oust Matt Hall in 2024. Hall won against his primary challenger this year after being awash in money as the golden boy for the elite. But the gold plating has been peeled off, revealing the true nature of what is underneath. The special interests will leave this turd dangling in 2024, ready to be flushed by a serious contender. I will personally give thousands to the noble cause of seeing Hall destroyed. Then he will be free to hang out with his alleged love child in peace, so his bastard seed does not have to live in complete disgrace.
Piss on this wannabe errand boy for the elites. Hey, Matt Hall: I SHIT ON YOU!
Sincerely,
George ‘Karma’ Brikho