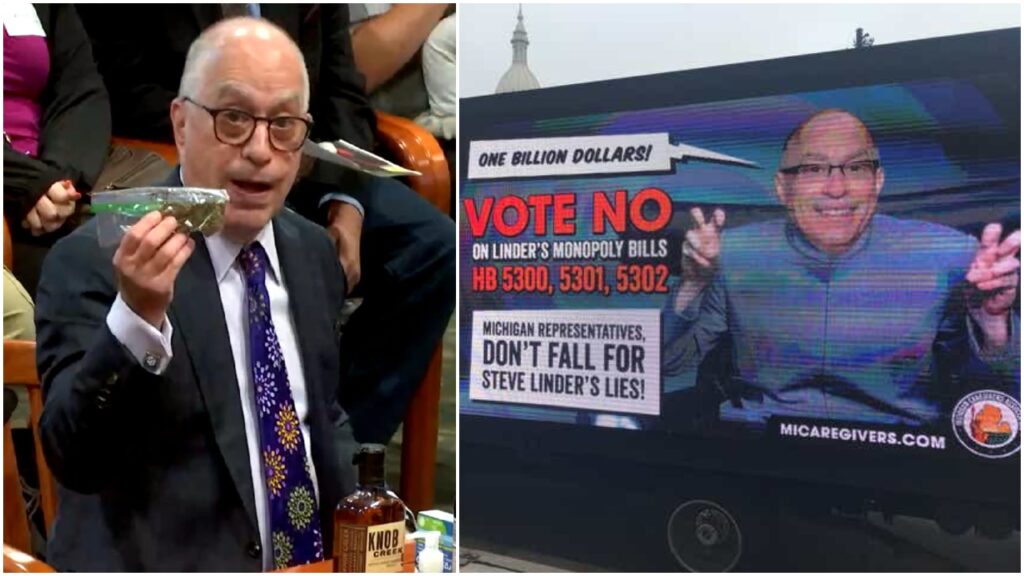 I have some great news that should give hope to every activist in the state who cares about freedom, liberty, democracy and accountability in government.

The Michigan Cannabis Manufacturers Association (MCMA), the “Big Weed” lobbying firm that is working to destroy the medical marijuana caregivers system in order to seize a monopoly, has fired Steve Linder, the dark money kingpin who had been working behind the scenes to coerce lawmakers into passing HB 5300-02.

The Michigan Caregivers Association (MCA), a group which I founded to protect the rights of the caregivers, put Linder at the forefront of the policy debate – considered a controversial move at the time. We plastered his greasy mug all over ads, billboards, and made him the focus of the debate, comparing him to Dr. Evil from the Austin Powers flicks. Our heavy-handed tactics changed the debate from being centered around Linder’s phony talking points on “patient safety” to the Big Weed takeover that was actually taking place. We made a lot of noise, and it paid off.

Rats like Linder do not like when the light is shined directly upon them. They prefer to work in the shadows and make their dirty dealings without scrutiny. It’s called “dark money” for a reason. These lowlifes want their money and influence hidden from the public. We took the battle to the public. Linder cracked under the pressure. He made a fool of himself repeatedly. Lawmakers no longer wanted to be associated with him. His legacy is permanently tarnished as a result of our due diligence. The age of gangsters like Linder controlling the legislature are coming to an end.

The Michigan Caregivers Association claims the proverbial scalp of Linder. This is just the beginning. This is not an aberration. We are growing rapidly and building the infrastructure to expose the bad guys like never before. We put all other Linder wannabes on notice: You will be next. You will be pissed out of Lansing in disgrace just like Linder. You will be exposed, you will be righteously vilified, the public will view you as the pariah that you are, and then your Big Money backers will toss you out unceremoniously like a used condom from a strip club backroom session with Matt Hall, Lee Chatfield and taxpayer-funded escorts.

We know that the MCMA and the wannabe cannabis monopolists are not throwing in the towel just because Linder is history. They will continue to agitate against small home growers, medicine providers, cancer patients, small business owners, and others who stand in the way of swelling their bottom line. MCMA board chair Shelly Edgerton is expected to take a more substantial role in the organization after Linder’s ouster. Edgerton, while certainly a less odious and grotesque figure than Linder, has the same establishment Republican and Lansing bureaucratic ties as Linder and is pushing for the same agenda. She wants to crush the little guy and pave the way for a monopoly. She will be thwarted as well.

It has been proven that the current testing regime is a joke and potentially-contaminated weed will always make its way on the shelves when the big players want to make profits. State regulators have focused on restricting caregiver product, and this has caused tremendous damage to the cannabis industry in Michigan already. Now, tons of inferior product are being flooded onto the streets, including contaminated flower, and the industry is in shambles. If this continues, the compassionate caregiver system that produces life-saving medicine for thousands of patients across the state will be crushed forever. This is economic terrorism by the corporate machine. It will not be tolerated.

The Michigan Caregivers Association will enjoy this victory and this momentum we have built, but we will not take our success for granted. We know this is a never-ending fight to sustain our freedoms. If we take our eyes off the ball, that will allow the MCMA and their new henchwoman, Edgerton, to come closer to achieving their marijuana monopoly. Cannabis cannot become corporatized and corrupt like every other industry. This is the final frontier where the little guy can thrive in a free and fair market based on their ability to grow the best product. We demand a broad and shared prosperity. Nothing else is acceptable.

Be on the lookout for legislation that is in the works in Lansing that will prevent municipalities from adopting ready-made ordinances created by the MCMA and their cronies to destroy the caregivers at the local level, now that their monopoly bills have stalled in Lansing. We are going on the offense and beginning to roll out our Caregivers’ Bill of Rights that will give additional opportunities for superior caregiver product to be enjoyed by Michigan residents. Cannabis is now an unstoppable powerhouse, the nation’s #1 cash crop, and the individuals who put their lives on the line to create this essential industry ought to reap the full rewards of their blood, sweat and tears.

Please consider donating to the cause here. 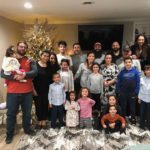 To start I want to wish you the best as you deal with the coronavirus pandemic. I hope you and your family are happy and healthy as we go through this terrible and unpleasant situation. We must remain safe and smart but also be careful not to surrender our core liberties to government officials looking to capitalize on the situation.

I wanted to give an update on what I have been doing as of late. My hydroponics stores are rapidly expanding and holding up well during the crisis. We are helping people grow food and become self-sufficient as they realize that the benefits and blessings of civil society are very tenuous. If the supply chain breaks down amidst the pandemic, these farming supplies could save thousands if not millions of lives. That is the definition of “essential business” right there.

Since my run for Congress in 2012, I have remained active in politics as an activist and a truth teller in my community. Check out my body of work to see for yourself what I have been doing. I have called out corruption on both sides of the aisle, which is so rarely done in this age of extreme partisanship and division. I have not given up on my vow to reform the country I love that has given so much to my family. Keeping the American dream alive and well requires nothing short of eternal vigilance, as the Founding Fathers made clear.

Over the years I have exposed a tremendous amount of corruption in the marijuana industry, which has helped bring about changes in Lansing that allowed more patients to get their medicine. I have raised awareness on foreign policy, war and peace, government spying, whistleblowers’ rights, and other key issues of our day. Thank you for sharing my work and being in my corner as I have fought this good fight. I have put my livelihood on the line to hold the powerful accountable, and the reception has been humbling and awe-inspiring.

I have always desired to do more with my voice, with the massive platform the internet has given us all. Particularly through the various social media platforms, we are connected like never before and able to share information. It is still revolutionizing communications in ways we cannot even understand, and their censorship campaign cannot undo what has occurred. I want to play a role in this revolution, which is taking the power from a handful of powerful corporations and giving it back to the people.

With that, I am launching a news website with a support staff that will get the word out about what is exactly happening in our communities throughout the state. People have talked about draining the swamp in Washington D.C., but there is a swamp festering in every community that often operates in the shadows. While we are distracted or bickering with each other, a bipartisan group of criminals are robbing us blind and infringing on our freedom in a million different ways. And we are supposed to sit back and take it? HELL NO!

The Michigan Sentry is going to put the powerful on notice, speak truth to power, be independent and non-partisan, and restore the Fourth Estate to what it ought to be. I am looking for volunteer writers who would like to be published and contribute. It doesn’t matter where on the political spectrum you fall – left, right or center. It doesn’t matter if you support President Trump, Bernie Sanders, or whoever. We want you to be involved if your heart is pure and you want to fight corruption. Please reach out to me if you are interested.